World War II was a monumental war for the world’s history. Many laws, procedures, medical discoveries and blocks, films, books, families, and products are still affected by it today. It was a very rough time for the world and for human kind, period. Millions of soldiers and innocent people lost their lives, cities were shattered beyond recognition from air raids and grenades, and trust between loved ones were compromised at the time in order for us to be here today. I recently finished the WWII Historical Fiction novel entitled “Paper Boats” by Erndell Scott. Throughout it’s contents, I was reminded of those times and was transported into Berlin, Germany, close to the end of the war.

The novel follows the personal journeys of two young boys, Otto Kaufmann and Joseph Kessler. Otto, a nine-year-old Jewish slave/official courier to a Nazi , fights his way through closing war while being sent out to complete tasks made by his master, placing him into dangerous situations from his surroundings and his assignments. Joseph, on the other hand, is a Hitler youth. Raised to praise his leader and must also embark on a dangerous mission with Otto. They both rush into the hell of war in order to fulfill one final mission from Adolf Hitler. 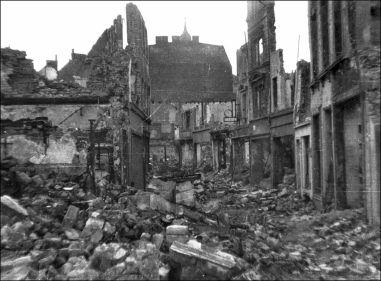 The author’s visuals of war are all intrusive and too overwhelming real at times but that is what made the story all the more enjoyable. You literally feel as if you are running right beside Otto dodging bombs, escaping land mines, and searching for freedom. Now, I have read plenty of historical fiction books but up to now none have had the ability to throw readers in so deep into the action that you feel yourself drowning in it before you realize what you’ve gotten yourself into. This book is that intense, especially being told mainly from a child’s perspective. 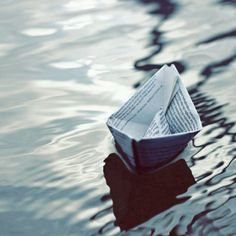 Otto’s story is unutterably heart-breaking to watch unfold. In the beginning of the story, he reflects in the early days of the war when he and his friend Annie, would play with their sail boats. Simpler times. Times when war wasn’t breaking down his home around him. The scene painted is almost like a metaphor for what was to come into his life. The edges of his boat or life would get soaked by the water and eventually fall apart. He’d constantly try to rebuild a proper one over and over again. But all would remain in the end were bits of paper. Much like many Jewish survivors in the war. Tiny bits of their former lives remain, but the darkness of the war, persecution, sights, and terrors have overtaken the majority of their souls.

The tying of the two boys, however, shows the vast difference of the teachings between two people yet they were from the same country. The book shows the struggle of the separation of their people, only to realize they need one another in order to survive. After all, we are all people trying to live.

Suspenseful, intriguing, and a book to be read for book clubs and readers!